Nodes work with a data records. They can produce, fetch, send, collect data or organize data flow. Each node has at least two parameters: Name and Description. Name has to be unique in a scenario. Description is a narrative of your choice.

Most of the nodes, with source and sink nodes being notable exceptions, have both input and at least one output flow.

Sinks and filters can be disabled by selecting Disable checkbox.

A Variable component is used to declare a new variable; in the simplest form a variable declaration looks like in the example below. As the event was read from the Kafka topic, the #input variable stores its content and its value is assigned to a newly declared myFirstVariable variable. 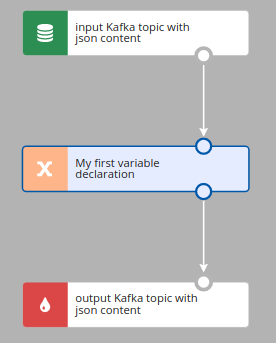 As you can see in the variable configuration form below, Nussknacker inferred the data type of the #input variable from the information already available to Nussknacker.

In the next example #input variable is used to create an expression returning a boolean value. If the input Kafka topic contains json objects and they contain operation field, the value of this field can be obtained in the following way: 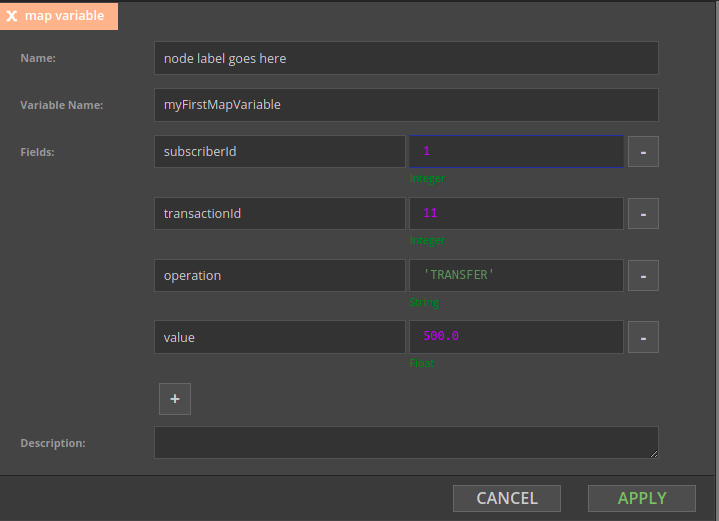 The same can be achieved using a plain Variable component, just make sure to write a valid SpEL expression. 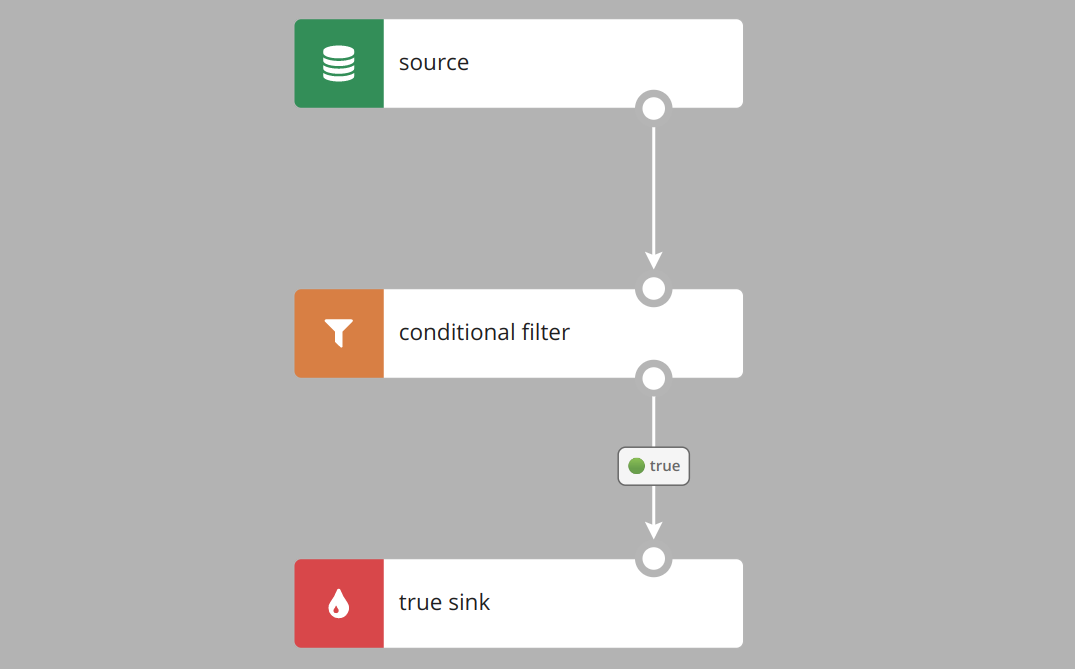 You can additionally define false sink. Records from the source which meet the filter's condition go to the true sink, and others go to the false sink. 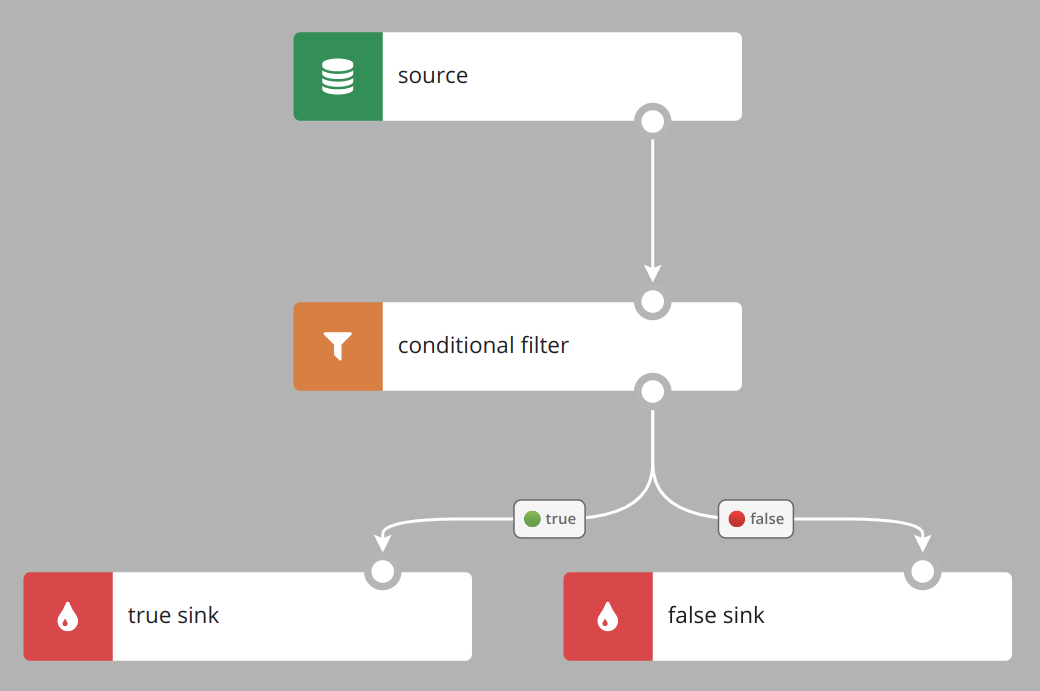 The Expression field should contain the SpEL expression for the filtering conditions and should produce a boolean value. 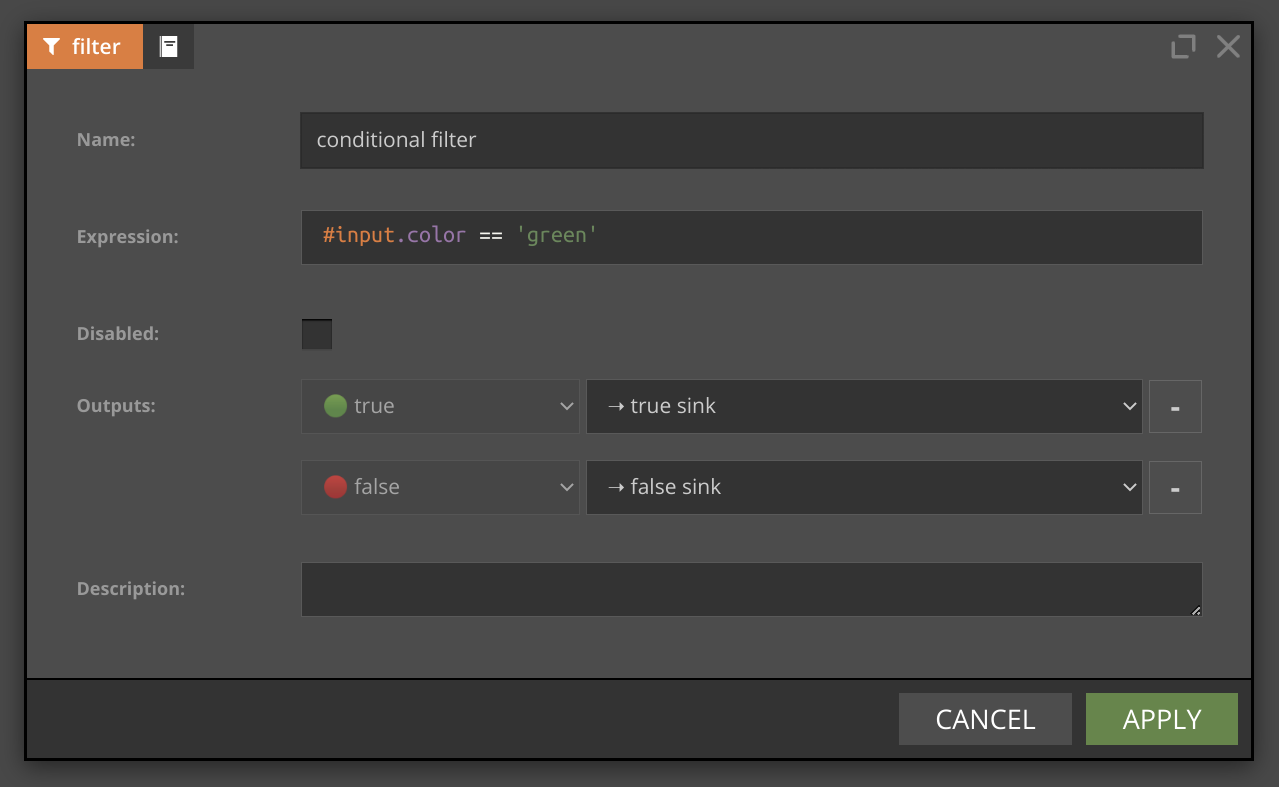 Each record from the source is tested against the condition defined for outgoing node. If #input.color is blue record goes to the blue sink.
If #input.color is green record goes to the green sink. For every other value record goes to the sink for others because condition true is always true. Order of evaluation of conditions is the same as visible in form. You can modify the order using drag & drop functionality. Order is also visible on graph in edges description as a number. Be aware that layout button can change displayed order of nodes, but it has no influence on order of evaluation. 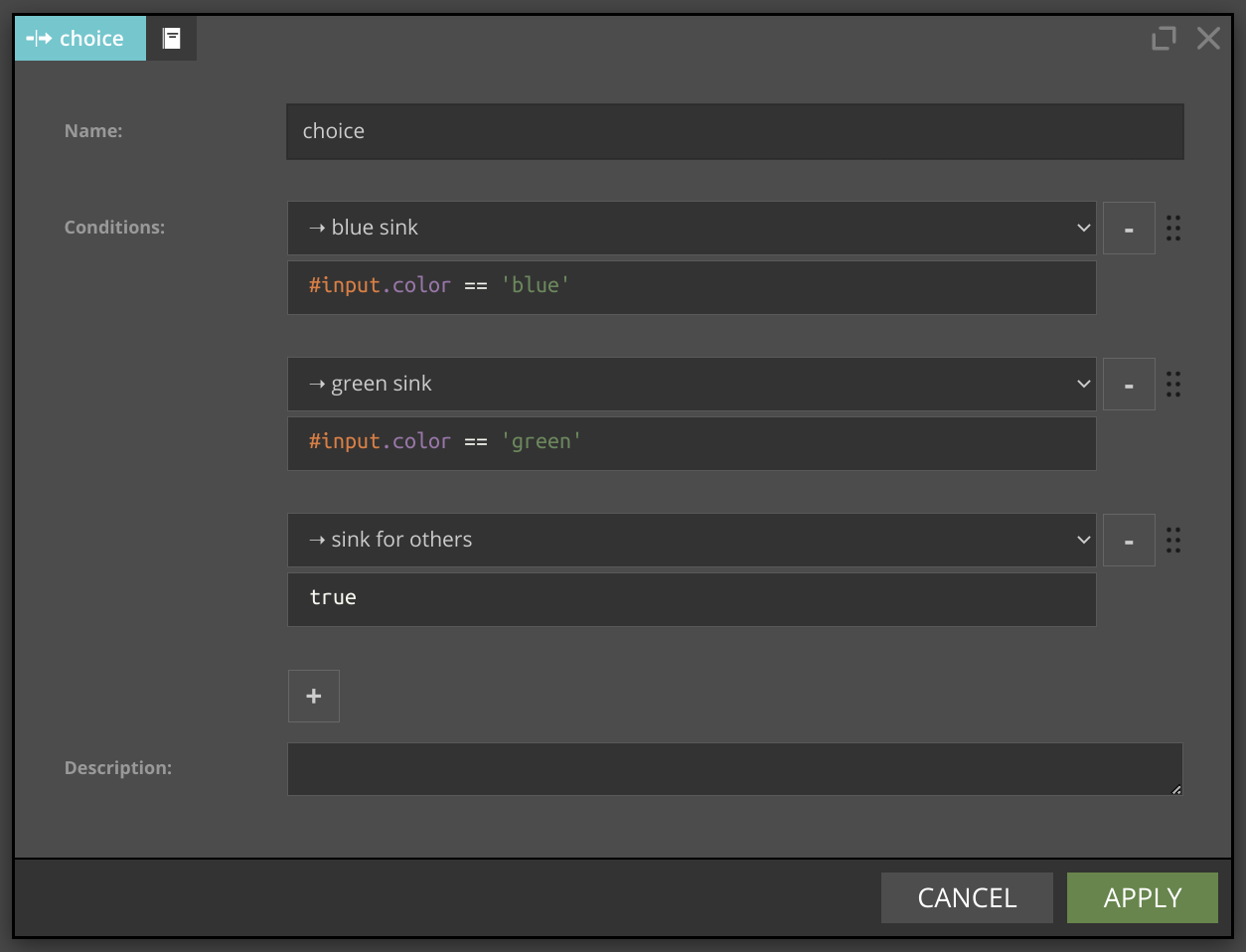 Split node logically splits processing into two or more parallel branches. Each branch receives all records and processes them independently.

Every record from the source goes to sink 1 and sink 2. Split node doesn't have additional parameters.

for-each transforms the stream so that subsequent nodes are executed once for every value (possibly multiple times). This node has two parameters:

then nodes that follow for-each will be executed twice and the value of current element can be referenced as #outputVar. 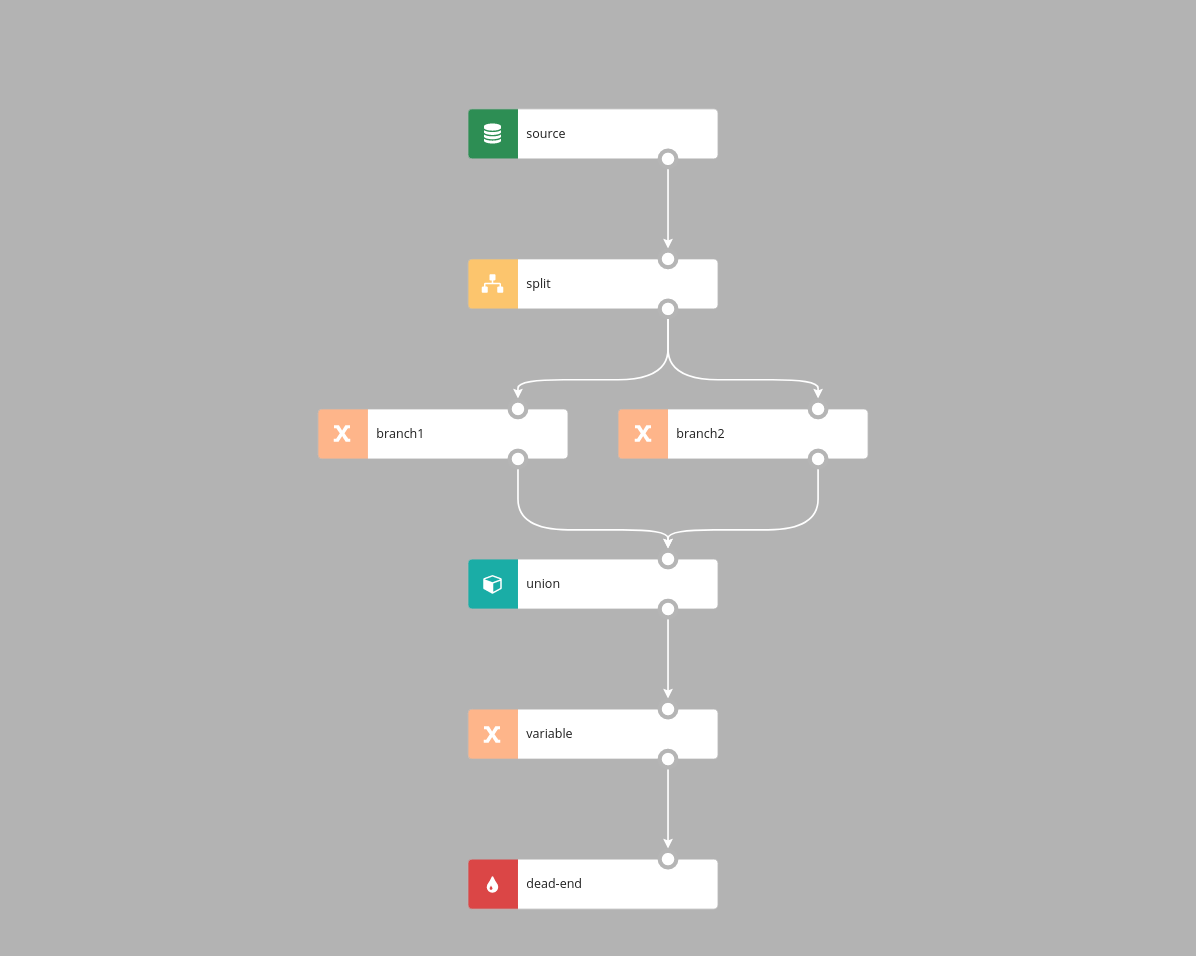 Please note, that the #input variable used in the Output expression field refers to the content of the respective incoming branch.