Nussknacker provides a drag and drop visual authoring tool (Nussknacker Designer) which allows to define the logic of stream processing without the need to write low level Flink code. In Nussknacker the processing logic is referred to as scenario. Scenarios are composed of processing nodes; conceptually data “flow” from a node to node. A typical scenario definition diagram starts with a data source (typically Kafka stream) and ends with a data sink (typically Kafka stream). 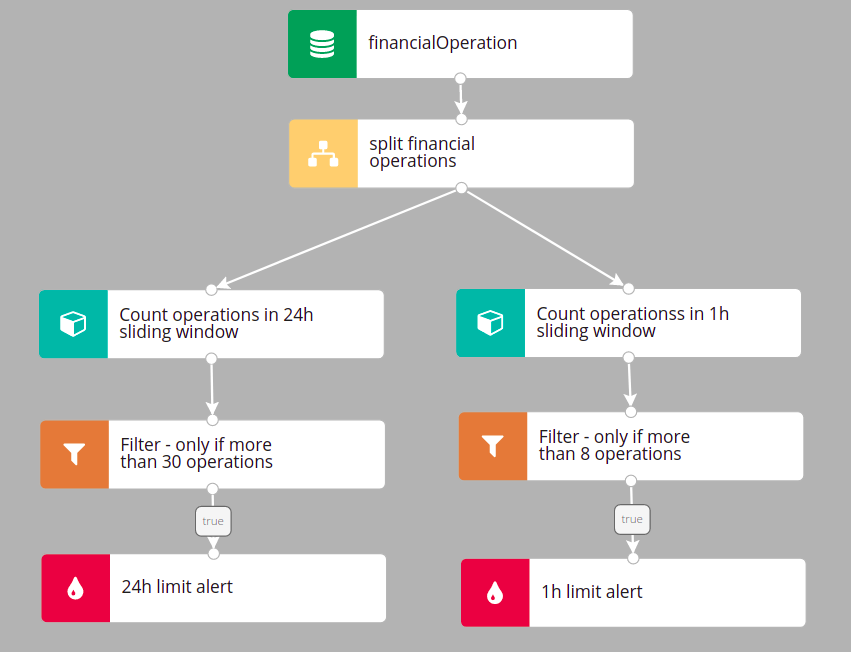 The types and capabilities of nodes are presented below.

Check Glossary for explanation of a difference between component and a node. 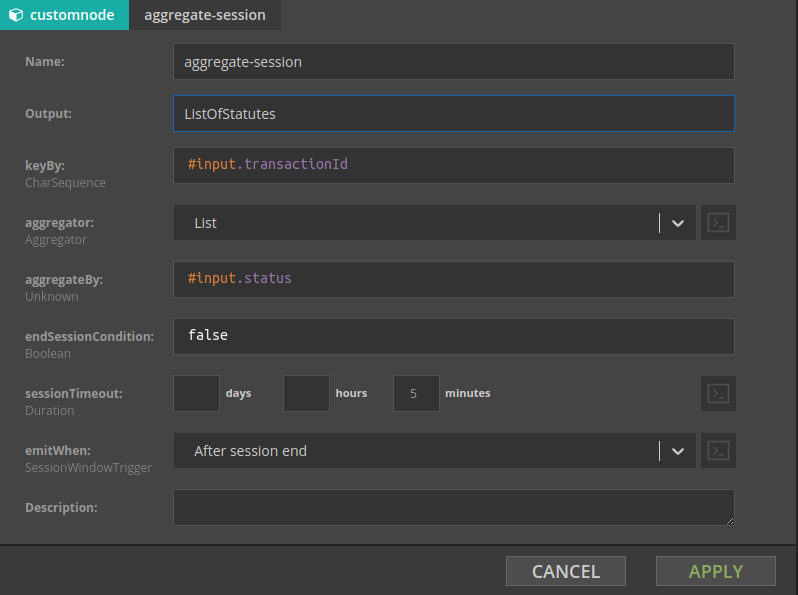 Example of a session window processing node parameterization - events are counted in a session window and grouped by transactionID field present in the incoming data stream. The result is a list of status values from incoming events - one list per session.

SpEL (Spring Expression Language) is a powerful expression language that supports querying and manipulating a data object at runtime. It is used by Nussknacker to access data processed by the node and expand the node's configuration capabilities. Some examples:

Example of SpeL expression used in a filter; the .size operator returns number of elements in a list

Example of a hint

Nussknacker's development plans can be found on our Roadmap page. You can also help us to make it an even greater product by contributing a development idea in a Nussknacker's repository on github.